In a quiet little movie called Divergent, a brute named Eric intimidates a new faction pledge named Tris (Shailene Woodley) with his bulging muscles, gauge-like piercings, and neck tattoos. Eric, played by actor Jai Courtney, is tireless in his pursuit of brawn and business. Courtney, however, is neither an American from a dystopian future—though he’ll play yet another post-apocalypse soldier in the forthcoming Terminator reboot—nor a particularly strict rule follower. He is, in fact, a big, smiley, sarcastic, self-assured Australian. (Who, incidentally, possesses bulging muscles.) When we meet for a round of dirty martinis at The Leadbelly on New York’s Lower East Side—a clubhouse that looks like your best friend’s parents’ basement, complete with old records and sepia-toned photographs—he’s gearing up for the release of yet another movie in which he assumes the tough guy role.

Felony, out today, tells the story of a cop (Joel Edgerton) who, while driving under the influence, hits a kid. And though other members of the force are willing to help him cover up the crime, Courtney plays a detective with a bad case of the Something Just Isn’t Right Heres. But if playing Mr. Buzzkill ever informs the 28-year-old’s lifestyle, there’s no sign of it other than, perhaps, his very purposeful drink order. “I’m trying to shed a bit at the moment,” he says softly, his toffee-thick accent making even the most banal statements sound conspiratorial. “Hence the vodka instead of a cold beeeuhr.”

Oh yeah, you and I are going to get alone juuuuust fine. Here, we talk about his buddy Miles Teller’s Divergent dis, zombie tattoos, and the five-star meal he’ll be making out of my pantry leftovers:

So your new movie, Felony, explores a topic that is pretty relevant right now. The idea of distrusting authorities and lawmakers…

It does. And it asks the question: What would you do if you were in that scenario? It definitely explores the idea of the code within the force, and what that stands for. My character is the moral compass in that sense. He doesn’t want to adhere to that or abide by it. It’s more about doing what’s right.

Have you ever been beholden to that team mentality yourself?

I grew up playing sports. I played rugby league and cricket. It’s a great thing. I was thinking about this the other day watching the National Rugby League Grand Final. I was reflecting on how important that is. I think every child should play—I mean, of course not every kid is into sports, but a team sport is something really special. You learn a lot from that.

Now that we’re crammed into this tiny space, I am realizing how big you are!

I’m not tiny that’s for sure. It’s funny; it does get in the way occasionally. I remember early on it was tough. The first couple years out of drama school, I used to see these scripts come through. And I was like, I’m never gonna be the doctor or the intellectual or the scientist…

It would be like, Guy Crushing Beer on Head?

Yeah! Kind of. It’s funny, a lot of roles I do read for mention physical presence—like, “built like a quarterback”—and for me it’s pretty boring because I don’t want that to be the most important thing. I’m not trying to be Dwayne Johnson.

There’s only one Dwayne “The Rock” Johnson.

Exactly! And no one’s gonna do it like him!

Maybe you’re gonna have to go the Christian Bale in The Machinist route?

I mean, fuck, I don’t know if I’d ever get down there. But for The Terminator I was asked to drop a bit of weight to get less physically imposing because it wasn’t about an athletic build; the build they were looking for was something more unassuming or boyish. And it was tough!

What did you do?

I freakin’ ran. I was on a crazy regime for a long time—a lot of low impact cardio, which is very boring.

No. Like walking uphill for two hours a day.

So, and I’m surprised I waited this long to tell you this, I’m a HUGE Divergent fan. I loved that movie.

Did you? That’s cool.

I saw Miles Teller recently said that he took on his role for “business reasons.” That the project made him feel “dead inside”?

Did he? [Laughing and clapping] That’s brilliant. Listen, I can relate to what he’s saying. I also know Miles very well. He’s a very good friend of mine. He’s an interesting brand, you know? It’s like, I wanted to legitimately punch him for a couple of weeks when I first met him. He’s not there to make sure you understand his brand of comedy. It’s like you either get it or you don’t. And if you don’t, you think he’s a dick. And he’s not! At all. But it’s a very specific tone that he kind of operates under. But getting back to what he said, I didn’t see his comments, but I understand. I think there is a strategy to all of us who have experiences taking on the small parts because of the exposure you get off something like that. I mean, money comes into play, but it isn’t like any of us are making millions yet.

I’m sure she’s doing just fine. I mean, we’re all doing just fine. Joel [Edgerton] and I were joking about something via text and he wrote back, ‘Well, that’s why they pay us the medium bucks.’ And I loved it.

I have to imagine that making medium bucks in Hollywood is the best place to be!

He and I were just discussing this. We were having some drinks last night and we were talking about this exact notion. Ideally, really ideally, you want to get to a place where you can have creative control over the material you do, choices at least, anyway. And you want your choice of script and role. But do you really want your life to revolve around trying to maintain your privacy? We were talking about—Joel just finished a film with Johnny Depp—and he and I were drinking at a bar and chatting about that experience. And he was like, there is no way in hell he could sit with Johnny at a bar and have a drink. It would be a circus! I mean that’s a fucking nightmare. You’re in a bubble at that point. Would I want Johnny Depp’s career? Sure! But do I want all the trappings and all the stuff that comes with that? I don’t know. It’s a pretty serious trade off. Can you prevent it? Probably not.

So, your tattoos look like they weren’t too seriously considered before they happened, huh?

Oh, really? [Points to skull and crossbones on forearm] My goddaughter drew this. She’s six. And they are very seriously considered, I’ll have you know! [Laughs] She didn’t know what to draw me so I said, ‘Draw me a skull.’ And she said, ‘What’s a skull?’ And I was like, ‘It’s a skeleton…head.’ And then I went down to the shop and got a coffee. I didn’t leave the six-year-old unattended, of course. But when I came back, she had this sick mural with three skulls on it that said, ‘The zombies are coming.’ And I thought it was so dope, I took the picture to a tattoo artist and had it inked on my flesh forever.

Speaking of flesh, what is your usual workout regimen?

I don’t really have a usual regimen. I’m rather lazy when I’m not getting ready for a role…I’m trying to shed a bit at the moment—hence the vodka instead of a cold beer. But, you know, I get bored really easily. So I need to continually shake my shit up. But I’m also a massive procrastinator. Like, I’ve been talking about doing some Pilates lately because I hear that it’s super hard.

That’s the thing about having muscles, too, they fatigue so easily!
‘Oh, my muscles are so fatiguing!’
[Laughs] I’m so fatiiiiigued by my muuuuscles. It’s true!

That is your cross to bear. Do you have any hidden talents?

Okay, what if you came over to my place and I had, um, some Nutella, some old turkey, some mustard, and a nectarine. Could you Quick Fire Challenge something?

Yeah. Easy. We’d dip the turkey in the mustard. And we’d dip the nectarine in the Nutella. That’s a fucking main and a dessert right there. That’s like all five food groups. 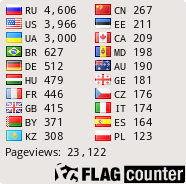